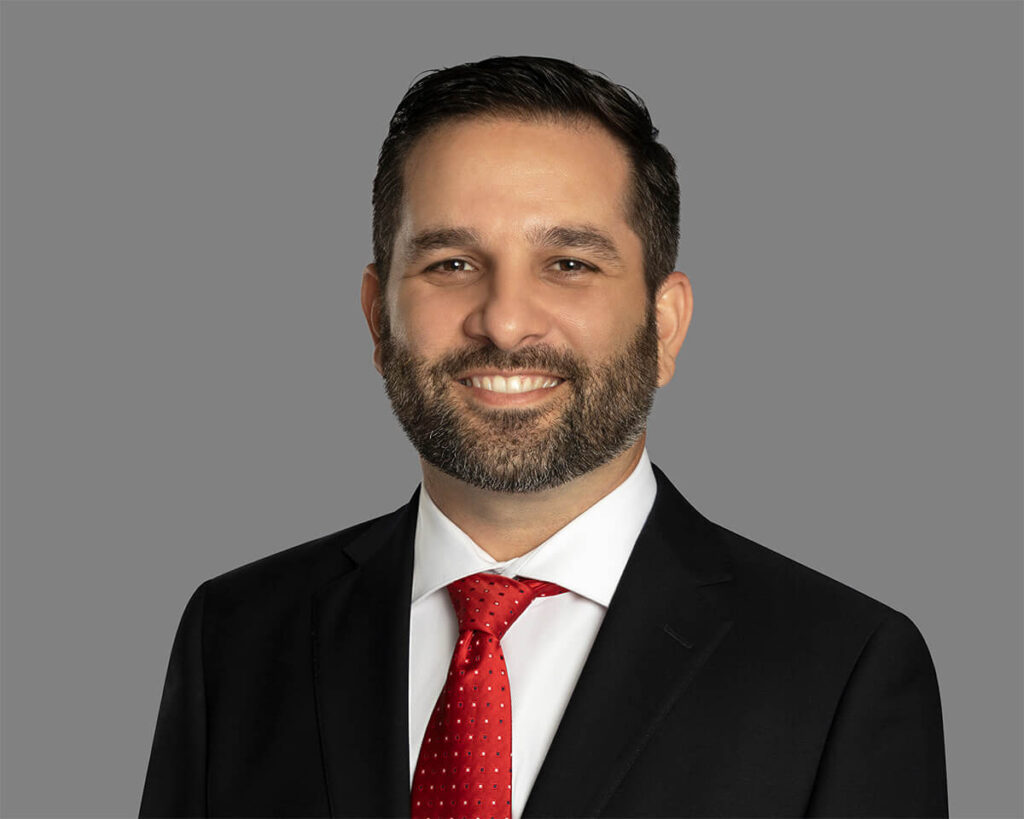 Fausto Sanchez is a founding partner of Sanchez Fischer Levine, LLP and is based out of the firm’s Miami office. Fausto’s practice is focused in the areas of complex commercial litigation, arbitration, and corporate dispute resolution. His clients include corporate entities, small to mid-sized businesses, private U.S. citizens, and foreign parties in litigation or arbitration throughout the United States. Fausto is a fluent Spanish speaker and many of his international clients include European and Latin American businesses, including cruise lines, hotels, universities, family offices, retail conglomerates, technical consultation companies, and scientific research organizations.
Intelligent, great work ethic, excellent legal reasoning and analytics.
Martindale-Hubbel Peer Review
Fausto worked extremely hard on our case. We got the desired result, but only due to the amount of work he put in.
Client, President/Chief Executive Officer
Mr. Sanchez is an extremely competent and skilled trial lawyer whose talent was apparent from the first few days in my division.
Fmr. Broward County Circuit Court Judge
Mr. Sanchez & the firm has stepped into our business environment and demonstrated professional excellence in advising our business stakeholders on various complex international litigation matters.
Client, Vice President/Associate In-House Counsel
Energetic, insightful, resourceful and creative in his efforts.
Ret. Colleague and International Litigator
Outstanding young attorney.
Martindale-Hubbel Peer Review
I have had the privilege of watching Mr. Sanchez in action and he is an extremely talented litigator who does everything for his clients while maintaining the ethical standards of our profession.
Martindale-Hubbel Peer Review

David M. Levine was named Legal Elite Up & Comers for the second year in a row, which

We are pleased to announce that SFL attorney David M. Levine has been recognized as a 2022 Super

Prior to co-founding Sanchez Fischer Levine, Fausto was a partner at a prominent international litigation firm, handling complex, cross-border commercial disputes, where he successfully represented numerous corporate entities in U.S. litigation, including dozens of American auto dealers in a mass action lawsuit against a major Indian auto manufacturer. He also represented professional athletes in contract negotiations with NFL organizations, as well as in their business, civil, and criminal litigation matters. Fausto began his career working as a prosecutor for the State of Florida. As an Assistant State Attorney for the Seventeenth Judicial Circuit, Fausto handled thousands of criminal cases and dozens of jury trials, ranging from elaborate economic crimes to violent first-degree felonies. His successes as a prosecutor led him to achieve Board Certification in the State of Florida as a Specialist in Criminal Trial and ACAMS certification as an Anti-Money Laundering Specialist. Fausto’s expertise in the area of criminal law serves as a useful tool when representing commercial clients, allowing him to conduct internal investigations and advise corporate clients on issues such as corporate theft, embezzlement, misuse of corporate assets, and compliance, as well as on matters relating to OFAC economic sanctions, referrals for criminal prosecution, and white-collar criminal defense. Fausto is rated an AV-rated Preeminent Attorney by Martindale-Hubbell. He currently serves Deputy Regional President and Member of the Board of Directors for Region VIII of the Hispanic National Bar Association, and previously served as a Vice-Chair for the American Bar Association’s International Ethics Committee. He regularly speaks as a panelist on issues relating to diversity in the legal profession, as well as on cutting edge developments in the practice of law. He has been recognized by various organizations and legal publications for his professional achievements to date, including being named a “Top Lawyer Under 40” by the Hispanic National Bar Association, a “Rising Star” by Super Lawyers, a “Top Up & Comer” by the South Florida Legal Guide, and an “On the Rise” attorney by the Daily Business Review.
Representative Experience