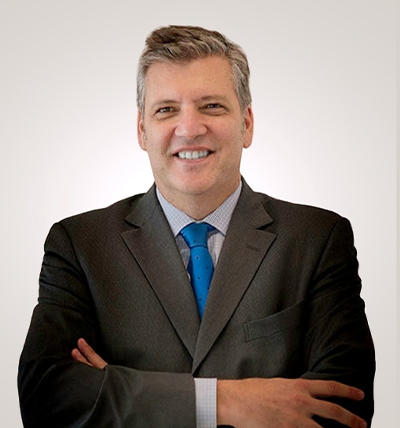 Xavier Ruiz is an experienced attorney that serves as Of Counsel* to Sanchez Fischer Levine, LLP. Mr. Ruiz works with Sanchez Fischer Levine, LLP by way of its alliance with RC Law, where he is a founding partner. Mr. Ruiz brings a wide breath of knowledge and experience in cross-border corporate and finance transactions, especially in the United States and Latin America. Over the years, he has acted as New York’s M&A or finance counsel to some of the major European and Asian corporates, including Sony Corporation, Telefonica, Prosegur , BBVA, Indra, Mapfre, Dragados, Abengoa, Caixabank, Bankia, ACS, Vantico (Ciba Geigy), Globalia, Riu Hotels, Chemo (now Insud Pharma), and Fagor Ederlan.

Mr. Ruiz brings a unique expertise to international transactions, as he can efficiently combine his experience as a New York law practitioner and his understanding of the rigors and demands of U.S. legal practice with his comprehension of the laws and principles of the civil law system. This talent makes him particularly valuable when advising European (especially Spanish) and Latin American companies operating in the United States, as well as European and U.S. companies doing New York law governed transactions in Latin America.

Mr. Ruiz has received several recognitions as an M&A expert by leading legal publications, including Euromoney’s “Guide of the World’s Leading M&A Lawyers” (US Chapter) in 2004 and 2005, and by Chamber’s “Legal 500 – Latin America” in 2015 and 2016, with a client praising him as “really exceptional” and another suggesting that he “went far beyond what I could expect from a lawyer”. He is a frequent speaker on M&A related topics on diverse fora throughout Spain and Latin America and is the co-author of the U.S. chapter of the “Guide on Shareholders’ Agreements” (2018), published by the International Bar Association.

Mr. Ruiz is also a member of the Board of Directors and the Vice-Chairman of the Spain-US Chamber of Commerce in New York, where he served as Executive Chairman from 2010 to 2014. He also serves on a pro-bono basis as a member of the Advisory Board and as Secretary of the Vicente Ferrer Foundation (USA), a U.S. non-profit organization devoted to fighting poverty in India.